Enter your email below to get my insider-only tips.

I'll respect your privacy and you can unsubscribe any time. No spam, ever.

29 Eye-Opening YouTube Facts, Figures and Statistics You Should Know in 2021 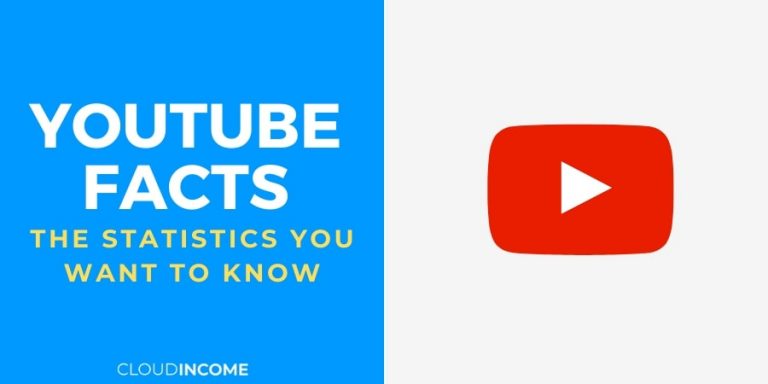 Since its inception in February 2005, YouTube has grown to become not only the largest online video sharing platform but the 2nd largest Search Engine and also the 2nd most visited website in the world.

What has sparked this huge growth is, in large part, to a new generation of ‘cord cutters‘, who are not satisfied with traditional TV viewing channels and have a demand for instant video, and 24/7 accessibility.

YouTube is only happy to oblige, with the introduction of YouTube TV which now caters to over 800,000 users, and the growth of their creator channels, offering financial rewards for those who can create both high-quality entertaining video, and maintain a large following of fans.

With over 300-hours of HD Quality video being upload every 60-seconds, it’s easy to see why YouTube is dominating as an online video platform and is able to compete with alternative streaming platforms such as NetFlix (40$ market share), Hulu (14% market share) and Amazon Prime (7%)

Facts & Stats By The Numbers

Every effort is taken to keep this piece up-to-date. We revisit these YouTube statistics twice yearly in order to update old facts and figures and provide a current and holistic view of the YouTube video sharing platform.